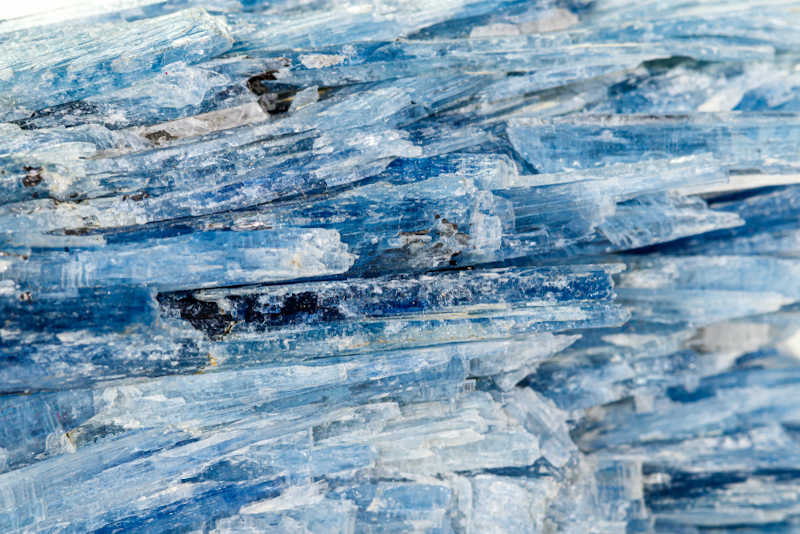 Everyone has a higher self, though most people don’t spend a lot of time connected to theirs. The higher self is somewhat analogous to the concept of a soul — an infinite, omnipotent, conscious being that exists as the bearer’s “true self.”

It’s also the part of a person that connects to divine energy, whether that’s a deity (or deities), higher energy, or universal intelligence. The higher self can communicate through emotions and intuition, telling us when something does or doesn’t serve our highest good.

Meditation is a common way to connect with this part of the self, but there are also a number of crystals whose energy can facilitate this connection.

Here are some of the best crystals and stones for connecting with and accessing your higher self:

Amethyst is a talisman for all things intuitive, subconscious, and divinatory. It helps create a bridge between the mind and the spirit, and provides a sphere of energetic protection for the user.

This crystal can help the user overcome their fears and limiting beliefs, release bad habits, and become more in touch with their intuition. By serving as a gateway to the subconscious, amethyst helps us access our higher selves.

Wear it as jewelry, meditate with it, keep a large specimen near your bed for dream work, or carry a tumbled specimen in a pouch or pocket as a palm stone.

Blue lace agate is a lovely blue-gray stone that’s said to have a deeply calming, relaxing, and balancing energy. It’s also a stone for communication, since its blue color ties it to the throat chakra.

This crystal is fantastic for people who have difficulty meditating because of “mental chatter” — it helps soothe an overactive mind and quiet the conscious voice, allowing the user to tune in to the inner self.

Use it while meditating, or keep a large specimen in a meditation space or bedroom.

Celestite, or celestine, is a translucent blue-gray. Like blue lace agate, it’s a calming stone. It’s also said to have a very “celestial” energy, allowing the user to communicate with higher beings. This includes spirit guides, guardian angels, benevolent entities, and the higher self.

Keep a chunk of celestite near your beside to benefit from its energy during dream work, or hold it during meditation to communicate with spirit entities.

Fluorite is a wonderful, colorful crystal. Dubbed the “most colorful crystal in the world,” this stone can also help the user focus and connect with other beings during meditation.

Despite the name, these aren’t carbon-based diamonds at all — they’re a special variety of double-terminated quartz found only in Herkimer county, New York. They’re extremely high-energy, high-vibration crystals, said to help cleanse the users energy field and connect them to divine intelligence (including the higher self).

They can also strengthen natural divinatory abilities, like clairvoyance, clairaudience, or telepathy, and facilitate dream recall.

As a type of clear quartz, they also amplify the energies of other stones with which they are used. This makes them ideal to either use on their own, or combine with other crystals on this list.

Hold large Herkimer specimens during meditation, or wear smaller ones in jewelry. Be sure that your Herkimers come from Herkimer county — double-terminated crystals occur all over the world, but those from different areas have their own set of powers and properties.

Kyanite is a powerful emotional healer and cleanser of negativity. Connecting to the higher self involves a lot of introspection, and kyanite can help this by providing intuitive guidance.

It helps eliminate self-destructive behaviors, and aligns the user with their highest good. By trimming away the dross, kyanite can help you connect with your higher self. Wear it in jewelry, or carry it in your pocket to benefit from its cleansing energy.

Use a selenite wand before meditation or dreamwork by sweeping it over the aura the same way you’d use a lint roller — this will help remove stray energies that could be dragging you down.

You can also hold this stone during meditation to communicate with spirit guides, guardian angels, and your higher self.

While often used for enhanced fertility and sexual abilities, Shiva lingam can help bring about transformative experiences during meditation, allowing the user to connect to their higher self. Hold a specimen while meditating.

Sapphire, a type of corundum, comes in a wide variety of colors. For communicating with the higher realms, blue star sapphire is the most helpful. Blue connects this stone to the throat chakra, facilitating communication. The star pattern of a star sapphire comes courtesy of natural inclusions of rutile, which direct the light that strikes the stone.

In addition to allowing the user to connect to their higher self, it’s also said to improve divinatory abilities — including clairvoyance and clairaudience — to allow messages from the higher realms to come through more easily.

Star sapphires tend to be small, and their star pattern is best displayed by a cabochon cut, so wear this stone in sacred jewelry.

These lovely violet-blue crystals are a relatively recent addition to crystal lore, but no less powerful. Tanzanite is said to facilitate communication with the spirit world, including ancestral wisdom and the higher self.

It’s also purported to enhance visualizations, allowing the user to clearly picture spiritual realms and receive visual messages from divine intelligence. Keep a tumbled specimen in a pocket or pouch, or wear sacred tanzanite jewelry to benefit from its effects.

The higher self is immortal, omnipotent, and always attuned to our best interests. Connecting to this part of ourselves can help us make better decisions, avoid things that aren’t aligned with our highest good, and connect to the realm of the divine.

Even if dwelling in your higher self doesn’t come easily for you, these crystals can help you attain the mental state necessary to receive its messages and benefit from its wisdom.