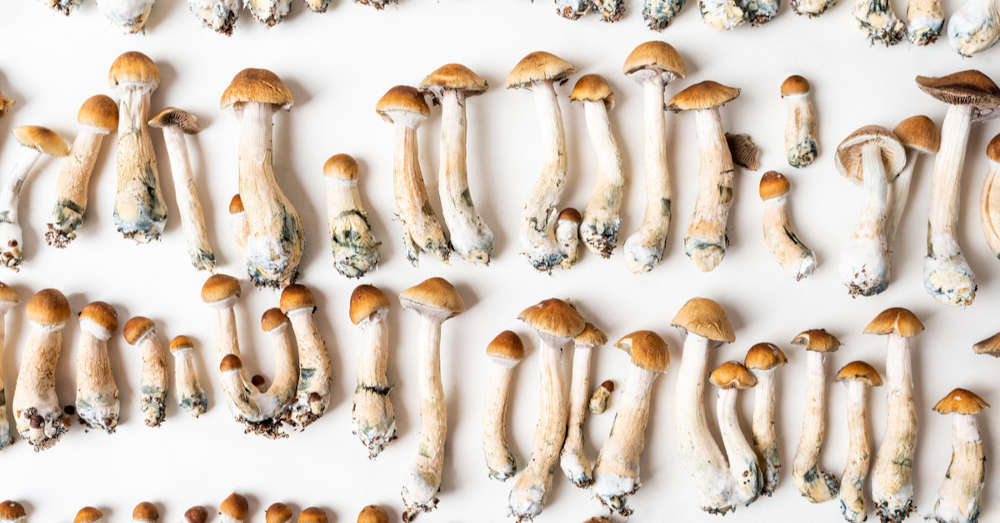 Deep healing is hard to find in a world of stigma and limited awareness regarding mental health. Of course, even a person with access to the best psychiatric care can still find it impossible to make a breakthrough when resistance from the ego, learned behaviors and preconceived notions cause our own subconscious to resist anything that challenges all that society has trained us to believe about ourselves, others and the world.

This is why people are increasingly turning to psilocybin mushrooms for emotional and psychological healing. While doctors have pushed “magic pills” on the public for decades with serious consequences that have led to things like the opioid crisis, it turns out that scorned “magic mushrooms” may have held a key to deep, true healing the entire time.

While mushroom usage is not without its controversies, it’s clear to see that “shroom advocates” ranging from PhDs to Hollywood celebrities are helping to change the drug narrative to bring the healing benefits of psilocybin to the mainstream.

In the real world, people are finding relief from anxiety, depression, post-traumatic stress disorder (PTSD) and addiction after lifetimes of struggle. While psilocybin mushrooms are finally getting attention in both mainstream publications and scientific journals, the benefits are still largely underreported due to the lingering taboo that surrounds the use of psychedelics.

Can people really get over pain and suffering that they’ve been struggling with for their entire lives with a single mushroom journey?

Discover how people are healing with psilocybin mushrooms.

Here’s a glance into just how far mainstream acceptance of psychedelic mushrooms has come. In 2019, Johns Hopkins University established the first-ever center for psychedelic research with a budget of $17 million. 2019 also happens to be the year when the U.S. Food and Drug Administration (FDA) labeled psilocybin therapy as a “breakthrough therapy” when approving trials for medications to treat treatment-resistant depression.

The studies coming out of John Hopkins so far have been extremely promising. In one study of adults with major depression, researchers found that two doses of psilocybin produced “rapid and large” reductions in depressive symptoms. Half of the participants had achieved remission from depression by the study’s four-week follow-up appointment.

What’s more, researchers working on the trials found that the magnitude of the effect of treating depression with psilocybin was roughly four times larger than what has been seen in clinical trials using antidepressants available on the market today.

Quieting the Storms With Ancient Substances: Psilocybin Mushrooms for Anxiety and Anxiety Disorders

Many people are discovering that using psilocybin mushrooms for anxiety cuts through the noise much better than conventional therapy after unsuccessful attempts at trying medications, talk therapy and behavioral therapy.

For anyone who has ever been on medications to treat anxiety, there is often a general sense of “looming” due to the fact that the anxiety can return as soon as the medication stops. One of the apparent advantages of using psilocybin mushrooms for anxiety is that it produces meaningful, long-term benefits.

Researchers at New York University‘s Grossman School of Medicine found that psilocybin can be a very powerful way to promote improvements in emotional and existential distress. What’s more, the very significant measurable improvements in reducing stress and anxiety can actually last for up to five years following a single dose of psilocybin.

During assessments conducted six months after treatment, researchers found evidence of “enduring anti-anxiety and antidepressant effects” from psilocybin. It should be noted that patients in this particular study also underwent psychotherapy in conjunction with psilocybin usage.

Can mushrooms overwrite trauma? It’s something scientists have been curious to discover. So far, the evidence is looking good.

During a 2013 study conducted at the University of South Florida, researchers discovered that psilocybin was able to stimulate regrowth and repair within brain cells located in the hippocampus. This is important because the hippocampus plays a large role in controlling emotion and memory.

When administering psilocybin to mice, researchers found that the mice were able to overcome fear conditioning better than mice that were given a placebo. Researchers were ultimately able to conclude that psilocybin has the potential to break the traumatic cycle that is associated with PTSD symptoms.

One of the most controversial topics is the use of psilocybin to break addictions. Drug critics are understandably wary about the notion of using mind-altering substances to break dependency on drugs. However, this is actually one of the topics that researchers at John Hopkins are looking at very closely.

In a study designed to investigate if psilocybin could help people to break tobacco addictions and quit smoking, Johns Hopkins researchers found that 80 percent of smokers who participated in the study had abstained from cigarettes for at least a week when undergoing breathalyzer and urine analysis at the six-month mark. At the 12-month mark, 67 percent were still abstaining from smoking. At 16 months, it was 60 percent.

Psilocybin use for breaking addictions is a very sensitive topic due to the fact that researchers don’t yet have enough evidence to know if this is a safe, viable treatment option for people seeking recovery. However, it’s very possible that the same benefits provided for people looking for relief from depression, anxiety and PTSD could also apply for people seeking addiction recovery.

In many cases, people who are dependent on drugs are actually using self-medicating methods to treat other underlying psychological issues. Others are masking traumas that they are unable to face or address. It’s very possible that the therapeutic rewiring of the brain that appears to take place during a “mushroom trip” could help people suffering from addiction to finally break free.

Conscious Awakenings: The Research About the Benefits of Psilocybin Mushrooms Keeps Coming

While magic mushrooms have been used in therapeutic and ceremonial settings for thousands of years, we are only just now beginning to unravel the brain science behind how psilocybin helps us to heal, find ourselves, achieve deep knowledge and break free from negative brain patterns. News about how mushrooms can help with mental health is emerging every day.

What’s more, scientists are currently studying how mushrooms may provide therapeutic benefits for people suffering with everything from anorexia to Alzheimer’s.

The War on Consciousness: The Persecution of Psilocybin Mushrooms

It’s really worth taking time to appreciate that world-renowned research institutions and government agencies are finally coming around to advocate for the use of psilocybin mushrooms to treat psychological conditions.

For decades, mushroom usage has been viewed as dangerous and deviant. Anti-psychedelics sentiment grew especially strong as part of the mainstream resistance to the counterculture movement of the 1960s. In general, society has taken a puritanical approach to mushroom use by equating it with dangerous debauchery and hedonism.

“Psychedelics are illegal not because a loving government is concerned that you may jump out of a third story window. Psychedelics are illegal because they dissolve opinion structures and culturally laid down models of behaviour and information processing. They open you up to the possibility that everything you know is wrong,” shared famed ethnobotanist psychedelic advocate, Terence McKenna.

McKenna’s sentiments do create cause for wonder over the idea that demonization and persecution of mushrooms may not actually stem from a mere “misunderstanding” of their therapeutic properties at all. It’s possible that the very threat psilocybin poses to the “constructed” order of things is why some would prefer to keep it as a “forbidden fruit.“

While the scientific community has come a long way, it’s still important to note that the use, sale and possession of psilocybin continue to be mostly illegal in countries like the United States and Australia. Barriers like lack of accredited training for psilocybin providers, prohibitive costs and concerns about quality control continue to stand in the way of full decriminalization and normalization of therapeutic mushroom usage.

Unlearning What the Experts Have Told Us: Why Do Magic Mushrooms Help With Mental Health?

For many people who have been brought up in anti-drug culture, the idea that drug usage could actually improve mental health seems confounding. Researchers still aren’t fully sure why mushrooms have such strong therapeutic properties. However, they do have some pretty good hunches.

Scientists largely credit the therapeutic properties of mushrooms to the fact that psychedelics help to make the brain more open, flexible and receptive to new thought patterns. They have also observed how this type of drug actually interacts with the networks within our brain that control things like self-reflection.

You’ll often hear from people who have gone on “mushroom trips” that they were able to obtain clarity and understanding that has eluded them in their lives. While under the influence of mushrooms, they are able to break free from negative, limiting beliefs to see the totality of reality in a judgment-free, accepting way that allows them to finally feel like they understand who they are.

It is almost as though mushrooms get into the wiring of our brain to help us rewrite the narratives we have been hardwired to believe. In the cases of anxiety and depression, brain networks that control worry and ruminations become hyperactivated.

This is why many people with depression and anxiety are consumed with obsessive thought patterns, constant overthinking and feelings of being overwhelmed. It is as though mushrooms turn on a switch that allows the wiring to default back to an open, curious and accepting state.

When considering using psilocybin mushrooms for depression, anxiety, PTSD or any other condition, it’s important to do your research. There are many retreats and clinics around the world that offer “guided” mushroom experiences that help to ensure that you’re going on a trip in a safe and measured way.

While mushroom usage doesn’t carry the taboo it once did, it’s still important to research the legality of mushrooms where you live prior to purchasing or using any substances.