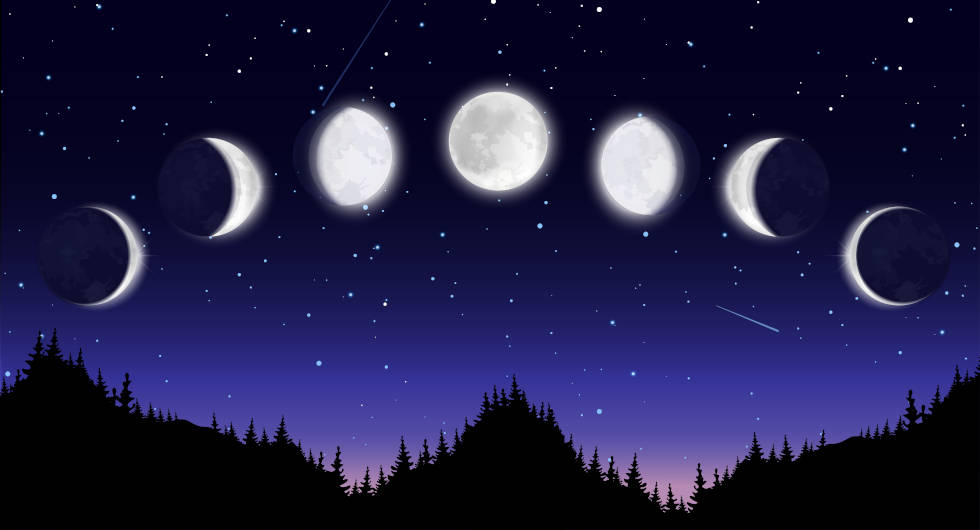 Paganism, as a concept, is an ever-changing target. Originally, the term came from the Latin “paganus,” meaning a rustic country-dweller, and was used as a pejorative.

When Christianity swept across the land, people who lived out in the deep country often stuck to their old religions and folk practices. At this point, “paganus” took on a religious connotation.

Today, there are pagans and Pagans, Most often used simply to refer to anyone who doesn’t follow Christianity, Judaism, or Islam, the word can mean something different to everyone who uses it.

One definition of paganism is a religion native to a place. Under this definition, Buddhists, Hindus, and practitioners of indigenous American religions would be pagan — as much as they might disagree with the appellation!

A broader, somewhat more useful definition is a religious, cultural, or spiritual community that centers around earth-based worship. When most people refer to capital-p Paganism today, they’re referring to someone whose religion is focused on nature, the seasons, and other natural phenomena.

A Pagan may or may not be polytheistic, and a few are even secular, preferring a kind of philosophical veneration that isn’t focused on a deity or deities.

While their individual practices may vary widely, as followers of earth-centered religions, most Pagans have a few common core beliefs.

Core beliefs of Paganism include:

Most Pagans also believe in some form of afterlife. For some, this may be reincarnation. Others believe in a place that’s similar to Earth, but without pain, suffering, or sadness.

Pagans generally do not believe in the concept of eternal damnation, though some may believe in a Hell-like realm.

Here’s where things can get a little confusing. While Pagans generally accept the idea of magic as a means of worship, spiritual expression, and self-development, not all of them practice it.

By that same token, not all witches are Pagans. Some Pagans practice their beliefs without ever casting a spell, many witches cast spells without ever calling upon a deity, and some people use folk magic while following an Abrahamic religion.

It’s very important to avoid conflating the practices of a religion with the use of magic. As an example, the Rule of Three is part of the Wiccan religion, not a set of rules for casting spells. Unless a witch is Wiccan, the Rule of Three has no bearing on their practice.

See article: Witchcraft For Beginners: What is Witchcraft?

Wicca is an amalgamation of old European folk religions and magical practices, first written about by Gerald Gardner in the mid 1950s.

Wicca is generally structured, and most varieties are initiatory — members progress through various degrees in their pursuit of esoteric knowledge.

After Gardner popularized Gardnerian Wicca, many of his students and followers branched off to create their own schools and covens. This gave rise to practices like Alexandrian, Dianic, eclectic, and solitary Wicca.

See article: Wicca For Beginners: What is Wicca?

Druidry is based on the ancient religious practices of pre-Christian Celtic people. Some types of Druidry have a strongly reconstructionist bent, working to emulate ancient practices as closely as possible based on archeological evidence.

Others prefer a looser interpretation. All druid paths place an emphasis on education, history, ancestor veneration, and creativity — many druids are also artists, poets, and musicians.

Occultism is the study of supernatural powers or phenomena, and may not necessarily have a religious component. Occultists are interested in hidden knowledge and power, and often freely borrow from various schools of magic.

Mysticism, by contrast, is an attempt to achieve oneness with the Divine. While there absolutely are Pagan mystics, this isn’t necessarily a purely Pagan practice — there are Christian, Jewish, and Islamic mystical movements. Sufism, for example, is a mystical Islamic tradition, and kabbalah is a school of thought in Jewish mysticism.

Nature worship is a broad term that covers all forms of earth-centered veneration. Nature worshippers may view the Earth itself as a divine entity, or may conceptualize divinity as a Mother Nature figure.

Some worship a Green Goddess and Horned God. They may or may not practice magic, and there is a very heavy focus on environmentalism.

Shamanism is a practice based on the role of the shaman. Shamans serve as conduits between the spirit worlds and their communities, and function variously as physical, mental, and spiritual healers, advisors, dream interpreters, and maintainers of the balance between humanity and the environment.

Shamans undertake journeys to the lower, middle, and upper worlds of the spirit realm in order to diagnose maladies, discover cures, and perform divination.

See article: Shamanism For Beginners: What is Shamanism?

See article: What is Shamanic Journeying?

Animism is the belief that all objects and phenomena have spirits, and there is no hard line between the physical and spiritual worlds. This is less a movement in itself than it is a facet of different Pagan and non-pagan religions. Shamanic peoples, for example, are typically animists.

Some Buddhists, while not considered Pagan, are also animists. Some forms of animism also attribute a spiritual power to concepts like names, words, or writing. The use of runes in runic magic, then, would be a form of animism.

Polytheism is the belief in multiple gods and/or goddesses. Some polytheists are “hard” polytheists, in that they believe in multiple deities that exist as discrete individuals.

Others are “soft” polytheists, in that they believe in a single (or male and female) divine entity that presents itself as multiple deities when it chooses.

Most forms of Paganism are polytheistic, but belief doesn’t necessarily equate to worship — some Pagans may choose to pay tribute to a single patron deity.

Pantheistic Paganism can mean one of two things. For some, it’s the belief that divinity pervades everything — the Universe and all things in it are part of the divine. For others, pantheism is the belief in that all gods and goddesses exist.

Pantheistic Pagans generally stick to a pantheon of deities in their worship, though people with an eclectic practice may have no set pantheon and change deities at will.

Heathenry is sometimes used as a synonym for Pagan. Among Pagan circles, however, it’s used to refer to Germanic Neopaganism. This is a branch of Paganism modeled on the beliefs and practices of pre-Christian Germanic people.

It’s a reconstructionist religious movement that is animistic in nature, worships the Norse pantheon, and honors its deities with food and libations. Forn Sed, Ásatrú, Vanatrú, and Fyrnsidu are all examples of specific Heathen traditions.

Eclecticism is the practice of borrowing from other traditions to create a highly individualized practice. Since the core beliefs in Paganism include a lack of dogma and the freedom for individuals to worship in a way that feels correct to them, many Pagans are eclectic.

They may combine deities from Celtic, Norse, and Greek pantheons, or use a Wiccan ritual structure combined with a Heathen sacrificial rite and concepts from Hindu tantrism.

Eclecticism is a controversial topic in modern Paganism. While all Pagans agree that individuals may worship how they wish, borrowing from marginalized cultures without permission is largely frowned upon.

Some religions are closed to the uninitiated, and adopting their practices is considered appropriative and unethical. Some cultures have been persecuted for their religious traditions in the past, and there’s disagreement about allowing their free use by modern Pagans.

Getting Started With Paganism

All cultures have a Pagan tradition if you go far enough back in history.

For people who are new to Paganism, the best place to start might be their own families. What folk practices do they still use today? Maybe it’s an Irish-American grandmother who cuts a cross in her bread dough to let the fairies out, or an Italian nonna with a silver cimaruta charm. Trace these stories back to their pagan origins.

It’s also important to find a path that resonates with you. Whether it’s the nature-venerating bardic traditions of druidry, Wiccan rituals, or the freedom of eclecticism, learn as much as possible about each route open to you. Read everything you can.

Next, reach out to find connections in your community. You can learn a lot by reading, but Paganism is a living, breathing thing. Even if you can only reach out to people online, find others to connect with.

Check Meetup groups in your area. Find your local metaphysical shop. You’ll eventually have a group of people you can chat with, connect to, and ask questions. You’ll be able to bounce ideas off of each other, and, if circumstances permit, might even be able to enjoy a group ritual.

Paganism is a beautifully varied, highly individualistic collection of beliefs and practices. No matter where you fall on the pantheist-to-atheist spectrum, or whether you wish to practice magic or not, there’s an earth-centered path open to you.