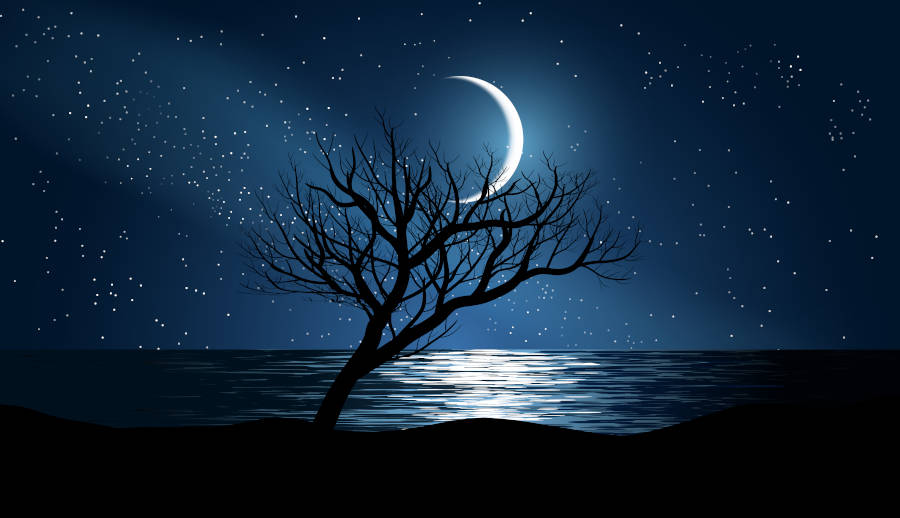 Few things are as ubiquitous in fiction as witchcraft. Witches are variously idolized and maligned, portrayed both as powerful people in touch with nature and the secrets of the universe, and malevolent forces.

Real witches, on the other hand, bear very little resemblance to their fictionalized counterparts.

So, what is real witchcraft, and what do real life witches actually do?

The idea of witchcraft is largely a cultural construct. This means that the idea of what constitutes witchcraft will vary depending on who you ask. To some, witchcraft is a magic-based practice used largely by followers of earth-centered religions. To others, it’s folk magic.

In areas where the dominant religion has its own magic practice, the term witchcraft may be used to refer exclusively to malevolent, non-religious magic.

The goal of witchcraft can be anything the witch desires, from weather magic, to divination, to love-drawing, to mental, physical, or emotional healing.

The line between magic and witchcraft is very thin, and, according to some, nonexistent. Real life witches use magic. This isn’t the visually spectacular magic in stories, with lightning bolts and waving wands. For witches, magic can be a subtle as sprinkling black salt in the corners of a room.

At its most basic, magic is a way of using energy, or supernatural entities, to effect the user’s desires. Above, we mentioned using it to create change. If a witch wants to bring a new relationship into their life, for example, they may cast a spell to help them find a lover.

In some contexts, magic is also used in a religious context. If the witch’s desire is to honor or commune with their deities, magic can be a means to achieve that. This religious, ritual magic is often more structured and complex than simple spells.

Psychedelic plants have a long history of use by real life witches, though their use has somewhat decreased in the modern era.

There are still recipes for “flying ointment” — a conglomeration of herbal entheogens in an oily base, which is applied to the skin. This allows the witch to absorb small doses of psychedelic compounds, triggering an altered state of consciousness.

Even though their use is less common today, some witches still create and consume preparations of psychedelic plants and fungi. These can help witches accomplish a variety of goals:

Witchcraft and shamanism are very different practices with different goals, but they both work within non-ordinary reality.

The realms of this reality in which witches work are a bit different from the lower, middle, and upper worlds of the shaman. Witches may enter the astral realm, or perform work in dreams. They do this to communicate with spirits that exist outside of ordinary reality, for divination, and to enact change in the physical world.

Real witches often work with spirits, though the degree to which they do so may vary. These spirits aren’t necessarily spirits of the dead, they can be anything.

Many religious witches are animists, and their practice can include working with the spirits of plants, stones, and even locations.

In witchcraft, spirits can include:

Divination is a vital part of witchcraft. At its heart, divination is a way to discover hidden knowledge. This might be knowledge of the events of the future, but can also be secrets from the past or present.

Many real witches include divination in their spells. This can give them valuable insight into what energies are influencing their spell, and how likely it is to work the way they want it to.

In candle spells, for example, the witch might divine using the wax, smoke, or flame. A swiftly sputtering candle flame can signify chaotic energies and a spell that will have unintended side-effects, while a lot of dark soot can indicate malevolent energies attempting to sabotage a spell.

There are dozens of divination methods, some more popular than others. Cartomancy using tarot or Lenormand cards is popular, as are crystal, water, or mirror scrying, and divination with fire, candle wax, and incense smoke. It is also common for real life witches to work with ‘spirit guides’, or non-corporeal spiritual entities in non-ordinary realms for divinatory purposes.

Embarking on a magical path is a profound experience for most people who undertake it. Even secular witchcraft places new witches in a different context within their environment, exposing them to an entire world of subtle energies and secret knowledge that they never imagined before.

For this reason, it’s common for practitioners to go through periods of deep, reconstructive introspection.

In witchcraft, a common theme is “discarding that which no longer serve you.” During the introspective process, a new witch might break down aspects of their personality, ego, or habitual patterns of behavior and self-identification.

They might use entheogens to help dissolve the mental border between the ego and the spirit world, hastening this process. At the end of it, the witch has discarded the elements of their conditioned mind and sense of self that hold them back, and is ready to embark on a magical path.

Personal power can be a confusing concept. It doesn’t refer to a witch’s ability to make their spells work, though it certainly contributes to that. Instead, it refers to mastery over the self. Think of it like willpower.

There are many routes to increasing personal power, but some of the most popular are self-discipline, ascetic practices, and discarding destructive habits and mental cravings.

When a witch is able to discard their destructive desires, they are able to master themselves. When they master themselves, they can clearly see what they truly desire. This clarity of purpose enhances magical ability and allows the witch to journey through non-ordinary reality more effectively.

Witches are masters of altering perception. It’s a necessary skill for ritual magic — the witch delineates between the mundane outside world and the ritual space in order to create the right state of mind for magic to succeed.

Witches also need to be able to alter the way they perceive the world, shifting between interacting with the mundane on a day-to-day basis, and detecting subtle energies as needed.

Real life witches also know how to alter the perception of other people. This is sometimes termed “glamour,” but doesn’t always have to do with creating a glamorous appearance.

Instead, the meaning is closer to “fairy glamour,” from the Scottish world “gramarye,” meaning “enchantment.” A witch can use their focused intent to allow themselves to pass unnoticed through a crowd, or to have all eyes on them.

Everyone has probably seen an image of a witch with a black cat. While most familiar animals aren’t cats, there’s a grain of truth here — real witches are known to spiritually connect with animals on a deep level.

For some, this connection even manifests with the ability to communicate with them. Even witches who can’t keep a familiar animal often work with animal spirits or energies during spellwork.

Throughout history, witches were often rumored to be able to shapeshift into animal forms. While witches might not literally shapeshift, they might project their awareness into an animal, or use entheogens to undertake a journey into non-ordinary reality in the shape of an animal.

One very common practice among modern, urban-dwelling witches involves using the energy of a chameleon in order to blend into their surroundings and avoid being hassled on public transit!

The world is crisscrossed with invisible lines, like rivers of magical energy. Where these lines cross, they correspond with areas of especially high energy and power. Visitors might have unusual spiritual or supernatural experiences here, and these areas are often also the natural habitat of psychedelic plants and fungi.

Many of these places are historic places of power, where the ancients gathered to work their magic and commune with their deities. Today, real life witches often migrate to these areas as their abilities are enhanced by the natural abundance of energy.

Witches don’t just work with the spiritual energy of plants — they have a wide variety of practical knowledge as well. In real witchcraft, plants are used for their magical properties and physical attributes alike, so some working knowledge of herbalism is important.

Plants are used based on a number of criteria. In new age Witchcraft, each plant has its own ruling astrological entity, associated deities, and magical properties.

A witch might choose roses for a love spell, since they’re associated with Venus, sacred to love goddesses, and traditionally used as a love herb. On the other hand, if they’re looking for a passionate tryst instead of a loving relationship, they might choose jasmine instead.

New age witches also use herbs to heal. Green witchcraft is an entire branch of magic that centers around gardening, wildcrafting, working with herbs, and herbal medicine. Kitchen witchcraft centers around preparing magical recipes and healing with food, including culinary herbs like parsley and turmeric.

Getting Started With Witchcraft

Getting started with real witchcraft is a learning process. No matter how many years a witch has been journeying into non-ordinary reality and working with the spirit world, there’s always more to learn.

The best thing that a new witch can do is to read. Read everything, good and bad. The good, useful books will help expand your knowledge of herbs, crystals, spells, and other useful things. The bad books will help you hone your sense of discernment, and teach you what to avoid.

Self exploration is another important part of Witchcraft. Overcoming your fears, escaping the group mind of society, and the breaking down of perceived mental limitations will only further propel you into the mysterious, wonderful world of real magic.

It’s also important to have a sense of playfulness. This begets creativity, which is important for visualization and journeying work. Be willing to experiment with your magic. Let go of your sense of self-consciousness, and enjoy being silly sometimes. Play with energy, and approach your witchcraft with enthusiasm and a sense of wonder.

Journaling is another useful skill. All of the grimoires, books, and essays on witchcraft out there were written by people who compiled historical knowledge, then added to it with their own practice and experimentation. Keeping a magical journal will allow you to see what works for you and what doesn’t, allowing you to hone your craft.

Lastly, reach out. Look for other people embarking on a similar spiritual path as you. You might only be able to find them online at first, but that’s fine. Visit your local metaphysical shops, and explore your town’s Meetup groups. Having other witches in your life will give you a sounding board for exploring your practice and examining new ideas.

Real witchcraft might not be all back cats and shooting bolts of lightning from your fingertips, but it’s a profound transformative experience.

Real life witches spend years learning and working on their magic, refining their craft and themselves at the same time. If you wish to become a witch, you’re entering a long and proud tradition of visionaries, creatives, and healers.