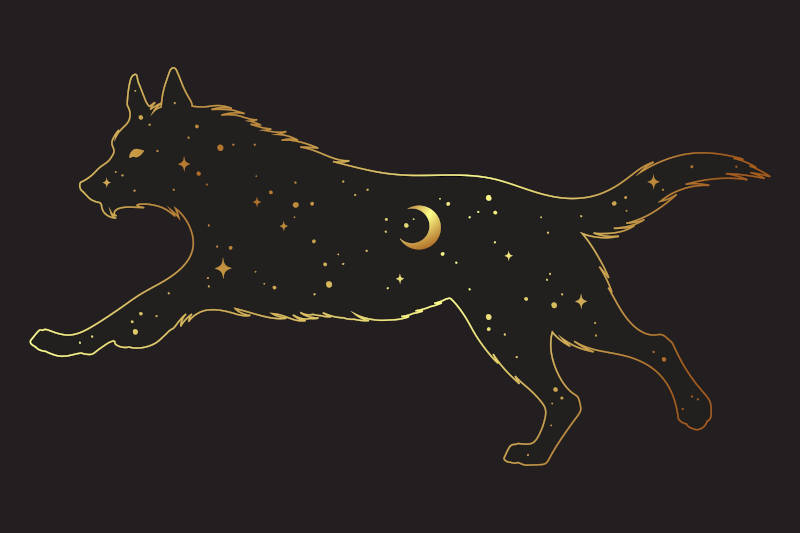 Look at the documents recounting historical witch trials, and you’ll see some unusual names: Vinegar Tom, Pyewacket, Jarmara, Elemanzer, Peckin the Crown. All of these figures have one thing in common — none of them were human.

Familiar spirits are often misunderstood. In the past, they were used as a way to further vilify witches. Today, they are variously described as real animals, spirit guides, or some combination of the two.

What are familiar spirits in witchcraft, and what do they actually do?

What are Familiar Spirits?

These spirits were often said to be bound by a pact — the familiar would only offer their help if the witch in question did something for them in turn.

These spirits generally take the form of animals, but they aren’t limited to this. They can appear as anything animate, from animals, to humans, to downright strange creatures.

Some of the familiars purported to belong to the accused in the witch trials were described as a legless spaniel, a greyhound with an ox’s head, or imps.

Familiar spirits aren’t live animals, though they can appear as such. They also don’t look non-corporeal, the way a ghost or other spirit might. The black cat familiar depicted in media is a bit of an ironic touch — very few familiars were ever described as occupying a catlike form.

In propaganda, witches were said to receive their familiars, form a pact with them, and feed them blood via a mark on the body, usually a mole. These stories were intended to discredit those accused of witchcraft and bear no resemblance to the truth.

Historical accounts from Britain tell of multiple ways that a witch or magician might meet their familiar, including the spirit simply appearing in front of them, or being given to them by a more powerful witch.

At that point, the witch or magician could form a pact with the spirit, ranging from as short as a few weeks, to as long as several decades. They could be sealed in bottles or jewelry, or kept in vessels lined with sheep’s wool, and would be given food offerings.

Most magical practitioners call on their familiar spirits when they are needed, but some spirits come and go as they please.

There’s some crossover between these spirits and the Celtic concept of the fetch, or spiritual double. Familiar spirits have been described as a kind of magical alter-ego that doesn’t bear any resemblance to the witch in question. The witch sends this spirit out to perform tasks or do work that their physical self is unable to, as a kind of shape-shifting.

During the course of their working relationship, familiar spirits might be called on to perform a variety of tasks. They might be asked to sneak out and watch over someone, gather information, or perform divination, or to attend a ritual to guide it or lend it power.

In modern witchcraft, divination serves two roles. It can be used to uncover hidden information, or used as a means of spirit communication. Depending on who you ask, some witches might consider these roles one and the same.

Familiar spirits aid with divination through their ability to travel through both the physical world and the spirit worlds. This makes them very helpful when it comes to gathering hidden information — they can serve as guides during astral journeys or pathwork, or act independently to get into places that a witch can’t.

Divination also allows witches and magician to converse with familiar spirits. This can be done using any divinatory method.

How to Find Your Familiar Spirit

In most accounts, familiars aren’t “found” so much as they just show up. Familiar animals are often said to just turn up one day — either as a stray, or a gift. There isn’t really a searching or selection process involved, familiars just kind of happen to people.

In historical sources, familiar spirits aren’t much different. They can appear in front of a witch one day, or be given as a gift. In some stories, witches meet their familiars at a point in life when they are struggling — the familiar spirit appears in order to offer magical aid.

In other stories, the familiar spirit will come across the witch’s path while out in the wilderness. It is often reported that the first ‘meeting’ takes place when the witch spiritually connects with and communicates with the familiar spirit, usually under the influence of an entheogen.

Some witches claim to become temporarily ‘possessed’ by the familiar spirit while under the influence of certain entheogens, and as a result are able to obtain temporary powers, strength and knowledge.

Some retailers claim to offer “ready made” familiar spirits bound to jars or pieces of jewelry, but these should be taken with a grain of salt.

Modern witches who work with spirits sometimes find familiar spirits by asking for them. They craft a short statement of intent, expressing that they desire a spirit helper, and explaining why.

They then perform a ritual to send this intent into the ether, and wait for one to appear to them — either in dreams, visions, or the physical world. The ritual doesn’t need to be complex; any method of sending one’s intent out will work.

You might choose to write down your statement of intent and float it away in a moving body of water, or burn it in a candle’s flame. You could also speak your intention over incense smoke, trusting on the smoke to carry your words.

Familiar spirits are often reported to be pactbound, and the terms of their individual pact will dictate how to work with them.

Outside of giving them a clean, comfortable place to rest and enough offerings to keep their energy up, working with familiar spirits involves calling on them when you need their help. Some may desire to be around all of the time, while others might wait until they are urgently needed.

It’s important to note that these relationships usually don’t last forever. They can last for a long time, but almost always come to an end eventually. If your familiar spirit isn’t holding up their end of the bargain, or seems to demand too much from you, feel free to wish them well and say goodbye.

Familiars are one of the most misunderstood subjects in witchcraft. Ask ten different witches what a familiar is, and you might receive ten different answers.

The historic concept of the familiar spirit differs from the modern witch’s idea of the familiar animal, but each one has their own value. Determine which kind of helper is right for you, and one might just come along.