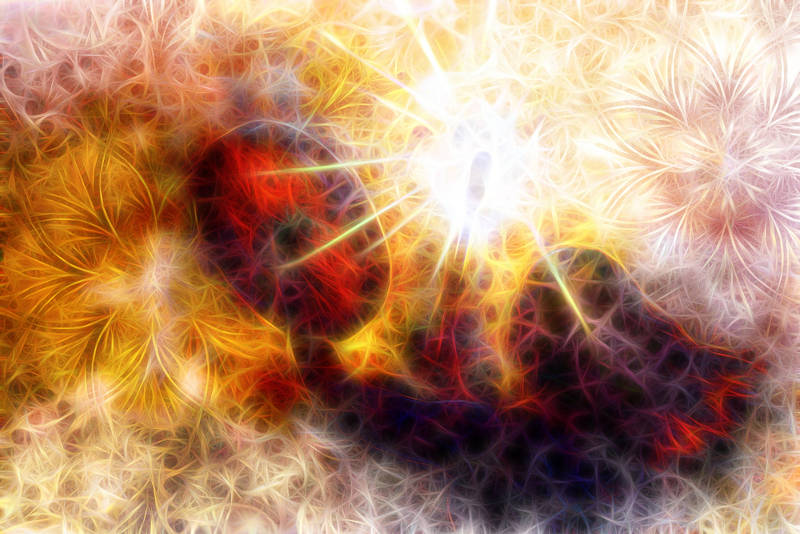 Music has held a special place in the heart and imagination of mankind for thousands of years. In European bardic traditions, bards were quasi-magical figures whose songs and poems related the history and spirituality of their people, and could even be imbued with the power to curse.

There’s even evidence that humans could sing before we could speak. Songs have the power to evoke memories, inspire emotions, and dig deep into the roots of our psyches, eliciting a psychophysiological response that raises goosebumps and sends chills down the spine.

Beyond eliciting emotions, music is a gateway to altered states of consciousness.

Rhythmic chanting and drumming can have a profound impact on our brainwaves, a secret that shamans have known for ages.

Shamanic drumming provides a way to calm, heal, and tune the mind to better access non-ordinary reality, guiding the shaman on their journey through the other realms.

What is Shamanic Drumming?

Shamanic drumming is a method of using a drum to produce a trance state or shift energy. It uses a simple, repetitive rhythm that rises and falls, building up to about 200-400 beats per minute.

After a brief period of listening to these beats, the brain enters into a state where healing and vision work can begin. Any drum can be used for shamanic drumming, but some are easier to handle than others.

Typical shamanic drums are made of animal hide, light enough to carry and move with, and produce a deep, resonant sound.

Beaters can be hard or soft. The sound that comes from the shaman’s drum is produced by the beater and the vibration of the drum head, not the shaman’s strength — if you watch an experienced shaman play, you can see that their strokes are short, swift, and light.

How Does Shamanic Drumming Work?

To really understand shamanic drumming, you have to get to know your brainwaves. Your brain contains billions of neurons, the specialized nerve cells responsible for everything you think, feel, and do.

These neurons communicate through sending tiny electrical impulses to each other. When they are communicating, these tiny synchronized impulses travel like waves — hence, brainwaves.

While subtle, these waves can actually be measured outside of the body. An electroencephalogram uses electrodes to pick up on this electrical activity, as well as how frequently these waves repeat. These oscillations are called frequencies, and are measured in hertz (Hz).

The human brain produces five types of frequencies, each of which corresponds to a mental state. When we’re concentrating, learning, and working on solving a problem, we produce gamma waves in the 32-100 Hz range.

Most of us spend the majority of our time in a beta state.

Though brainwaves originate within the brain, they can be influenced by external stimuli — namely, sound. Research shows that, after a period of listening to a rhythmic drum beat, brainwaves synchronize to the frequency of the beat.

Shamanic drumming is generally roughly 5 beats per second, which corresponds to the theta state. This is the state we enter when we are meditating, which produces heightened intuition and visionary experiences. Faster rhythms can take us into the alpha state. Shamanic drumming helps us attain a desired mental state by altering our brainwaves through sound.

Some people, after years of training, are able to alter their brainwaves through meditation alone. That doesn’t mean that shamanic drumming should be viewed as a “shortcut” to a theta state, however. The shamanic trance state is light, allowing shamans to remain aware of the outside world.

Drumming in a group setting is an excellent way to help everyone attune and enter a relaxed, dreamlike state as a group. This has numerous benefits, including:

Shamanic drumming can produce profound emotional, mental, and even physical experiences. In a group, drumming creates a sense of support and connection with like-minded people.

Those who experience a shamanic drum session together emerge with a deeper bond. On a metaphysical level, drumming places us in contact with the spirit world and our deeper selves. When we experience this in a group, we benefit from the loving, supportive, spiritual energy from those around us.

There are hundreds of shamanic drumming teachers, groups, and circles across the US and around the world. If you would like to find one near you, your local metaphysical shop or Meetup group listing may have one available.

Shamanic drumming has been a method of divination and mental, physical, and spiritual healing for ages. Few other experiences surpass it, and it’s something that everyone should feel at least once.

Even if you don’t have a local drum circle in your area, there are videos and recordings that can allow you to experience the deep mental and energetic shift produced by a shaman’s drum.