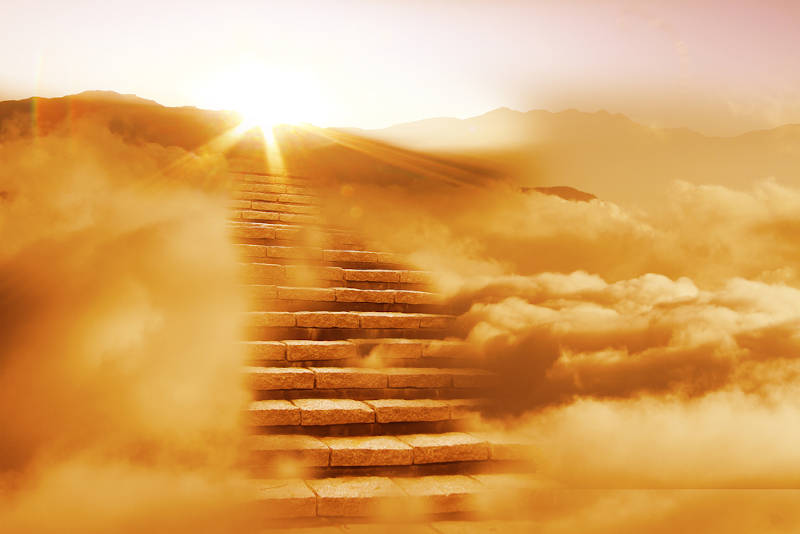 Have you ever had a dream that seemed oddly significant? It might’ve even been prophetic, showing you future events with startling accuracy. It could’ve been very vivid, showing you powerful symbols and metaphors that held a deep meaning for your waking life.

Whatever the case, interpreting these dreams is a special, ancient form of divination — oneiromancy.

What is Dream Divination (Oneiromancy)?

Dream divination is divination by interpreting the meaning of dreams. It’s also called oneiromancy, coming from the Greek personification of dreams, Oneiros.

In Greek mythology, Oneiros (singular) or the Oneiroi (plural) were sons of Nyx, and the brothers of Hypnos.

To the ancient Greeks, dreams were not normally anthropomorphized. Nonetheless, an Oneiros might occasionally be sent by a god to give a mortal a significant dream.

How does Dream Divination Work?

During sleep, the unconscious mind is open to processing the events of the day, and any tension, stress, or other unresolved feelings. It’s also a time when the mind is open and receptive to energies and messages.

Some people even undertake astral travel or shamanic journeys during sleep, to take advantage of this very receptive, visionary state.

Dreams often contain omens or messages from guardian angels, ancestors, spirit guides, deities, or other entities. These are rarely straightforward, and are generally cloaked in several layers of meaning.

For years, bookstores and websites have sold “dream dictionaries” that purport to help people interpret their dreams. While these can be a helpful jumping off point, the symbolism of one person’s dreams rarely carries over to another.

The metaphors, symbols, and omens our guides use to communicate through dreams are colored by our culture, life experience, and what objects, people, animals, and other things that have special meaning to us.

Different cultures and time periods have their own methods of dream divination, as well. For example, medieval Arabic dream interpretation typically involves numerology that corresponds to sections of the Qur’an, while the ancient Egyptians had the “Ramesside dream-book.”

The Akkadian work The Dream Book is a collection of tablets that compares various dream scenarios and allows the reader to prognosticate based on what happened to other people who experienced similar dreams.

In ancient Egypt, Thutmose II restored the Sphinx based on a dream. In this dream, he was promised that he would become pharaoh.

In ancient Greek oneiromancy, Herodotus distinguished between two types of dream. One was predictive, and thus useful for divination, while one was not.

The Pillow Book, a collection of essays, poems, and musings by Japanese poet, writer, and court lady Sei Shonagon, mentions dream interpretation. Japanese oneiromancy also includes the phenomenon of hatsuyume, or the first dream a person has in the new year. It’s considered especially fortuitous to dream of Mount Fuji, a hawk, and an eggplant.

European oneiromancy derives heavily from the Oneirocriticon of Achmet. This work is 304 chapters long, and is based on previous divinatory works from Egypt, Persia, and India.

Paschal the Roman, a 12th century priest, used this work for a portion of the Liber thesauri occulti. This work described multiple different sources for dreams — from somnium, a dream that needs interpreting, to visio, a vision of the future, to insomnium, a false dream caused by disturbances in or of the body.

Plants used for dream divination are called oneirogens. These help by producing especially vivid, memorable dreams. Not all of these herbs are used internally — many are applied as an anointing oil, or even just placed under the pillow of the dreamer.

Some specific herbs used for dream divination (oneirogens) include:

This list is by no means exhaustive, these are just some of the herbs that are commonly used to produce dreams appropriate for divination.

It should also be mentioned that there are a great many dream divination herbs that have nothing to do with sleep at all — several common love herbs, for example, are used to grant one dreams or visions of their true love. While not quite the same as other dreams mentioned above, this is nonetheless a form of dream divination.

Getting Started With Dream Divination

Getting started with dream divination is a bit more complicated than picking up a dream dictionary. While most modern dream dictionaries have their roots in the works of Achmet and Paschal, dream interpretation itself involves more than a simple cross-reference or two.

To start, it’s important to recognize the need for good sleep hygiene. Paschal recognized insomnium as a type of false dream caused by disturbances — anyone who’s ever tried to sleep through a night of indigestion probably knows exactly what he’s talking about. These dreams aren’t suitable for divination, so try to get the most calm, restful sleep possible to produce the best quality dreams.

The next step is remembering the content of the dreams themselves. If you’re like most people, you’ve probably woken up with a dream fresh in your mind, only to have it completely evaporate moments later.

This is why so many dream interpreters stress the importance of having a dream journal located right next to your bed. As soon as you awaken, write down everything you remember. Sketch any significant scenes or symbols. Even if you lose the memory of the dream, you’ll have saved the most important bits.

After that, it’s possible to interpret the content of the dream. Take a look at what you’ve written, and consider what each part means to you.

If you dream of a person in a yellow hat, for example, it might make you remember a hat belonging to your grandmother. This might trigger feelings of comfort and nostalgia.

If nothing comes to mind, then it’s time to turn to an interpreter, dream dictionary, or other resource for symbolism. This can fill in any gaps and help you understand why a certain person, animal, or object appeared to you.

When you have the meaning of each part, consider how they relate to each other and your waking life. Do they tell a story? Are they acting out a metaphorical scene from your past, or something you might experience in the future? Is there a message or piece of advice hidden in your dream?

Remember, divination isn’t always about predicting the future. It’s purpose is to uncover secret knowledge. While that can certainly include knowledge of the future, it can also mean anything that isn’t known or obvious to you.

Keep doing this. The more you sleep well and write down your dreams, the better you’ll get at remembering them.

You may wish to work with crystals for peaceful sleep and dream recall. Moonstone, in particular, is useful for lucid dreaming and remembering dreams. Herkimer diamonds (actually a variety of quartz) are helpful for remembering messages delivered in dreams.

Dream interpretation is a very ancient form of divination. Philosophers, scientists, shamans, and priests the world over have dedicated themselves to teasing out the meanings and omens in dreams.

As long as you can recall your dreams, write them down, and spend some time interpreting what they have to tell you, you can use them to learn about yourself, the future, and anything your guides, deities, or other benevolent spirits have to tell you.