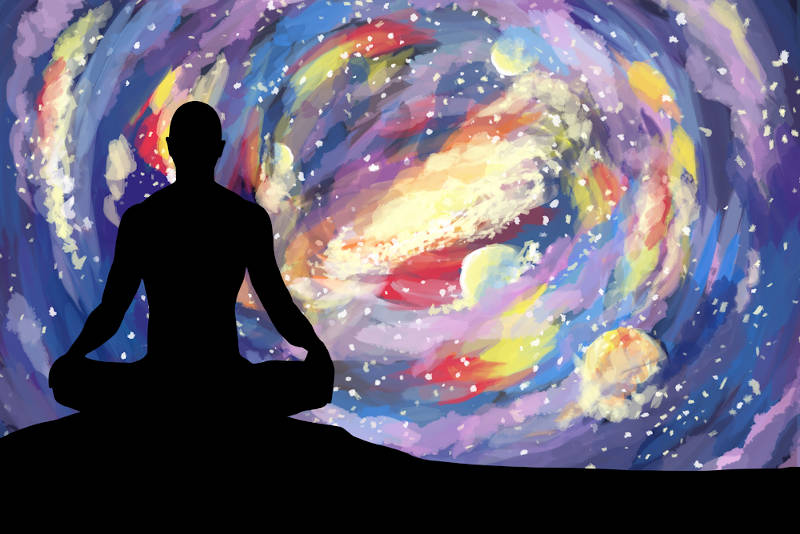 The world is inhabited by a large variety of beautiful, unique souls. Some are experiencing their first incarnation here on Earth. Others are Starseeds, the souls of advanced alien beings who have chosen an Earthly reincarnation.

Still others are Indigo children, who have incarnated with a specific goal in life. Are you an Indigo, and, if so, what does this mean to you?

Indigos and Starseeds are often categorized together, but they’re actually quite different. The concept of Indigos was first put forth in the 1970s, and the term is used to describe a person born with specific personality and spiritual traits.

The word “Indigo” comes from the fact that their auras exude a bright indigo blue color. These people began being born in the 1970s, bringing about a shift in consciousness.

The words “Starseed” and “Indigo” describe two different phenomena. The Starseeds are humans with alien souls — spirits of advanced galactic travelers who’ve chosen to be born on Earth in human bodies.

The Indigos are, as described above, humans with special emotional, mental, and spiritual characteristics. This means that it’s entirely possible to be both a Starseed and an Indigo, since one describes the soul’s origin, and the other describes the aura and how the individual interacts with society and the planet.

That said, people are generally Indigos or Starseeds, not both at once.

Indigos are defined by their unique personalities and approaches to the world. If you share them, you may be one.

Indigo children traits and characteristics include:

Starseeds and Indigos differ not only in their origins, but in their approach to life. Indigos tend to be more magical, and tapped into the subtle energies of the Earth.

They can also feel very drawn to the stars and planets, but are generally right at home here — they don’t have the “stranger in a strange land” feelings that Starseeds do.

Indigos also know they’re here on a mission, and typically don’t need to go through a spiritual awakening to remind them of their goals and origins. Starseeds commonly experience an awakening with physical, mental, and emotional symptoms.

For many Starseeds, their missions are ones of support. They’re here to heal, help, and guide humanity as we grow and advance as a species.

This mission isn’t shared by Indigos. With their questions, rebellion, and desire to buck the norm, Indigos are here to call out outmoded ideas and get everyone else to start asking “Why?” They point out the absurdities in established traditions, challenging outdated thinking and stirring everything up with a big stick.

While the Starseeds are here for healing, love, and support, the Indigos are the agitators. This is hardly ever pleasant, but its necessary. The Indigos initiate the process of shifting human consciousness, and the Starseeds guide and support people through the challenges inherent in the shift.

The reason why it’s uncommon to be both an Indigo and a Starseed is because Starseeds deliberately choose to incarnate on Earth. They have a mission, and their origins inform how they carry out this mission.

The goals of most Starseeds don’t overlap with the Indigos. A Starseed can definitely want to shake up the status quo, but are unlikely to choose the Indigo approach to doing so. As a result, it doesn’t really benefit most Starseeds to incarnate as Indigos.

Indigos and Starseeds are here to help humanity, though they do this in very different ways. Neither is better than the other, they’re simply two unique approaches to helping humankind.

No matter whether you are an Indigo, Starseed, or both, tapping in to your soul’s origins and your life’s mission will allow you to live authentically, from the heart, and use your gifts to help the world.

How to Recognize an Earth Angel

Common Signs of Clairvoyance: Are You a Clairvoyant?