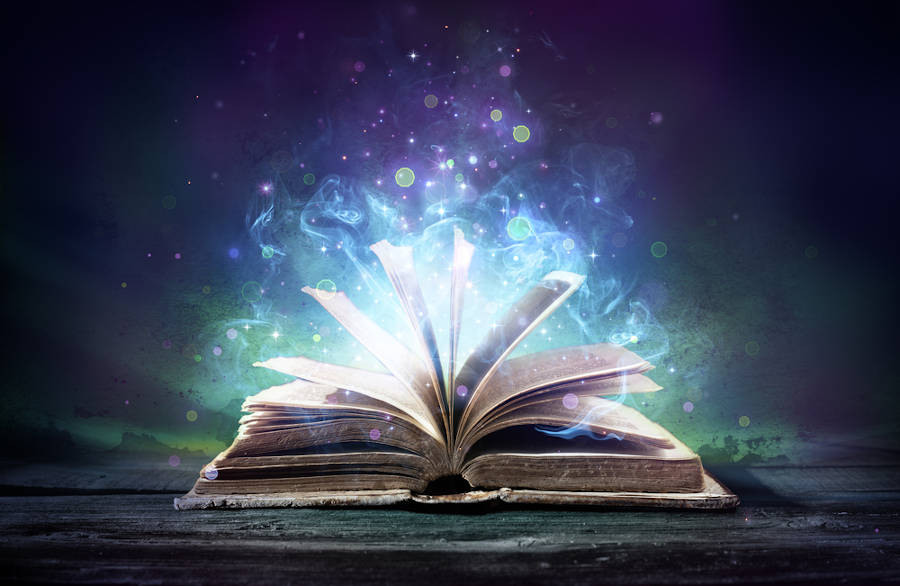 Ever since humans evolved the ability to wonder about things outside of themselves, they have sought hidden knowledge and a connection to a higher power. Over time, we’ve developed countless methods to reach this goal. Esotericism describes these mysterious (often secretive and initiatory) paths.

What is esotericism, and how do various esoteric schools differ in their approach?

At it’s simplest, esotericism is the attribute of being obscure and understood only by a select group of individuals. Esoteric disciplines require specialized knowledge to follow, and this knowledge is typically kept hidden by various initiation rites and degrees of education.

Many esoteric disciplines have a built-in hierarchy that teaches initiates gradually, preventing novices from gaining access to secrets that they aren’t prepared for.

Esoteric spirituality comes in an array of flavors, all of which focus around some transformative aspect. In many cases, this is magical in nature.

In some, it’s purely transcendental. In others, it’s a blend of the two — for example, alchemy, where the refinement process of the elements serves as a practice and allegory for the refinement of the self.

Esoteric magic is a catchall term for a variety of western mystery traditions that have magical workings as their focus. At its heart, esoteric magic is the practice of using subtle energies to manifest the magus’ intention.

Some schools of esoteric spirituality use this ability to create a closer relationship with the divine, while others use it for goals on the material plane.

The most well-known is probably chaos magic, a modern school of thought that seeks to demystify and democratize esotericism by combining magical practices from other traditions as the user pleases.

In mystical esotericism, mystics seek to unify their minds or souls with the divine. Mystic traditions provide a framework for explaining phenomena like trances and religious ecstasy, with the goal of obtaining an intuitive sense of the true nature of existence.

It’s often said that the divine “works in mysterious ways,” and mystics seek to understand these ways, comprehend the meaning of life, and find resolutions for all of the problems of the human condition.

Occultism refers to seeking hidden knowledge, specifically knowledge of the supernatural. It’s a very broad category that encompasses everything from esoteric magic, to parapsychology, to alchemy, among others.

Where mystics seek to unify themselves with the divine in order to gain understanding of life and the world, occultists seek the secrets of the supernatural for their own sake.

Hermeticism is a tradition of esoteric spirituality based on the writings of Hermes Trismegistus, a syncretism of the Greek god Hermes and Egyptian god Thoth.

Hermetic philosophy is pantheistic, describing the divine as both the creator and the created universe. It also holds that there is a single, unified, divine truth which forms the basis of all religions. The magical idea of “as above, so below” has its roots in Hermetic thought.

Gnosticism is a form of esotericism that arose out early Christian schools of thought circa the 1st century BCE. It’s a very complex belief system, which holds that there is a single remote, supreme deity called the Monad, and a lower tier of divine beings called Aeons.

One of these Aeons, the Demiurge, was responsible for the creation of the Earth. The Monad exists separately from the Earth, but elements of the divine end up in the physical plane, where they become trapped within humans.

When humans obtain knowledge of the divine elements within them, these elements are liberated and return to the divine. Because of this, Gnosticism is not very rigid or dogmatic in a ritual sense — individual motivation and personal intuition are regarded as more important than ritual structure for understanding the internal elements of the divine.

Though popularly regarded as the practice of turning lead into gold, alchemy as esoteric spirituality goes much farther. It’s both a philosophical and a scientific tradition that relies on attempts to purify and perfect.

This could be the attempt to turn base metals into noble metals, but could also be the creation of a universal solvent, or a panacea capable of curing any disease. In the process of refining, maturing, and purifying these materials, the alchemist is believed to gain the tools and knowledge for the refinement and purification of the body and soul.

Though European alchemy is the most widely known in western esotericism, it’s not the only type — India, the Middle East, and Asia all have their own longstanding alchemical traditions.

Rosicrucianism, the Order of the Rosy Cross, is a school of esoteric spirituality that arose from Hermeticism in the early 17th century.

Originally, it put forth the idea that humanity was about to undergo a reformation, based on knowledge that had been kept secret until the world was prepared for it. This idea was instrumental in triggering many philosophers and would-be occultists to pursue the secrets of esoteric spirituality.

While the original Rosicrucianism no longer exists, there are several modern traditions that link themselves back to the original movement.

Hermetic Order of the Golden Dawn

The Hermetic Order of the Golden Dawn was an esoteric secret society. Though it was disbanded in the early 20th century, its ideas and adherents had a significant impact on modern esotericism.

The Hermetic Order places its focus on spiritual development with a heavy emphasis on ritual, and many of its ideas about magic and rituals formed the basis of ritual structure and magical concepts today.

The Hermetic Order was initiatory and had a strict hierarchy of various Grades. Its esoteric curriculum covered subjects ranging from the kabbalah, to alchemy, to astrology. At the higher Grades, initiates were said to communicate with the Secret Chiefs — a group of enlightened spiritual beings.

Esoteric witchcraft shouldn’t be confused with the largely folk magic-based practices of earth-centered religions like Wicca. In this instance, witchcraft is the practice of esoteric magic with or without an overarching religious structure.

In many cases, it relies on spiritual communication through a variety of means. Practitioners might attempt to attain an altered state through the use of entheogens, chanting, drumming, or dancing. Once in a state of ecstatic trance, the practitioner can use this for divination, personal revelation, or other sources of secret knowledge.

This type of witchcraft is often a component of earth-centered religious magic, but belongs to its own school of esoteric spirituality.

Esotericism is humanity’s attempt to discover the secrets of the world — the meaning of life, why suffering exists, and how to obtain mastery over the elements of the physical plane. Though there are many approaches to these big questions, all of them rely on the spiritual, mental, and sometimes physical refinement of the seeker.