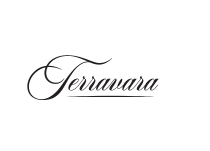 Druidry is often viewed as a magical discipline. While this is true, to an extent, there’s a big difference in the way magic is viewed and used versus religions like Wicca.

Historical records and folklore describe the Druids using magic to turn away approaching armies. There are multiple references to weather magic — conjuring up storms or fog to turn the tide of battle.

The Druids were also known for divination, using polished beryl spheres and the flight of birds to see the course of important events. While there’s a lot we just don’t know about the ancient Druids and their practices, this forms the basis of our modern understanding of Druid magic.

There are multiple different schools of modern Druidry, and they have their own views on the subject. In some cases, religious ritual to commune with the deities and spirits of nature is viewed as separate from what most people think of when they hear the word “magic.”

Rituals may or may not include space for the practitioner to perform whatever magic they deem necessary. Rituals also often include a divination component, in order to determine if the offerings given by the practitioner were accepted.

Some modern Druids do choose to expand their learning of magic. This often includes work to draw inspiration, weather magic, protection, and healing.

Actually performing magic looks a bit different in Druidry than it does in other disciplines. While many Druids, Wiccans, and other practitioners use similar tools, there are some key differences:

For one, Druid magic doesn’t often call for oils. While some individual Druids may make their own infused oil blends for anointing, the average Druid is unlikely to have a love-drawing blend, money-drawing blend, and so forth.

Druid magic also doesn’t take place in a circle. While Druids may stand in a circle in a group ritual, there’s no circle casting the way there is in Wicca. The circle serves many purposes in Wicca and other disciplines, one of which is protection.

Druids generally don’t seek to protect themselves this way. They may choose to leave an offering to “outsider” forces — like the unseelie fae — in order to keep them busy while the Druid does their work. They may also choose not to, and avoid drawing notice by acknowledging them.

Druids also don’t raise energy. Part of the purpose of casting a circle in other magical disciplines is to serve as a kind of container for the power raised during the spell, which is then released toward the spellcaster’s goal.

In Druidry, the practitioner relies on an established relationship with their deities, spirits of nature, spirit guides, plants, and other forces to aid them. In return, the Druid follows the practice of reciprocity — offering a gift of food, drink, poetry, art, song, or acts of service.

Druids tend to use magic for different purposes than some other disciplines. Since Druidry focuses heavily on the bardic arts, a lot of it has to do with obtaining inspiration for songs, poetry, or prose. Some Druids are artists, and seek inspiration for the visual arts.

Weather magic is a very old Druid practice. While the ancient Druids were likely to call up a storm to thwart advancing ships, modern Druids are more likely to call down rain to try to end a dry spell.

Healing is another old practice. Modern Druids may call on their deities and the spirits of medicinal plants to help resolve an injury or illness.

Protection is a bit different in Druidry than in other forms of magic. Druids are part of the land, and don’t seek to protect themselves from the spirits of the land. They try to live in balance with them, with an even give-and-take between the physical and spiritual realms. Protection magic is likely to be against illness, accidents, and other misadventures.

Unfortunately for modern Druids, we don’t have access to the rich oral tradition used to teach the ancients. Instead, those seeking to learn Druidry undergo a course of study. Most practitioners are given an outline of a ritual structure, and encouraged to create their own around this. There is no grimoire or Book of Shadows.

During their course of study, Druids are also encouraged to read as much mythology and history as possible. While these aren’t guidebooks, they do contain information that the student should uncover.

They describe Druid magic, interactions with the deities and spirits of the land, and all kinds of other important information that the student will use in the course of their practice. Perhaps more than other disciplines, Druidry requires rigorous studying.

Some Druids are Wiccans, Too

Many people come to Druidry after learning other magical disciplines or following other religions. There’s really nothing about Druidry that precludes this. Many Druids are or were Wiccans. Some visit their Druid grove on the High Days, and their coven on the Sabbats and Esbats.

For this reason, a lot of Druid magic can cross over with Wiccan magic, and vice versa. There are also solitary Druids, who don’t belong to a grove or Order, and draw upon their studies in addition to any of their other experiences with magic. As long as the Druid is working with the land and practicing reciprocity, there’s no real wrong way to do this.

Magic is less emphasized in Druidry than in many other disciplines, but it’s no less powerful and important. While Druids may pursue different goals and have different views on the use of magical power, these can combine freely with the magical practices of other disciplines.

Wicca For Beginners: What is Wicca?

A Guide to Ayahuasca

Paganism For Beginners: What is Paganism?