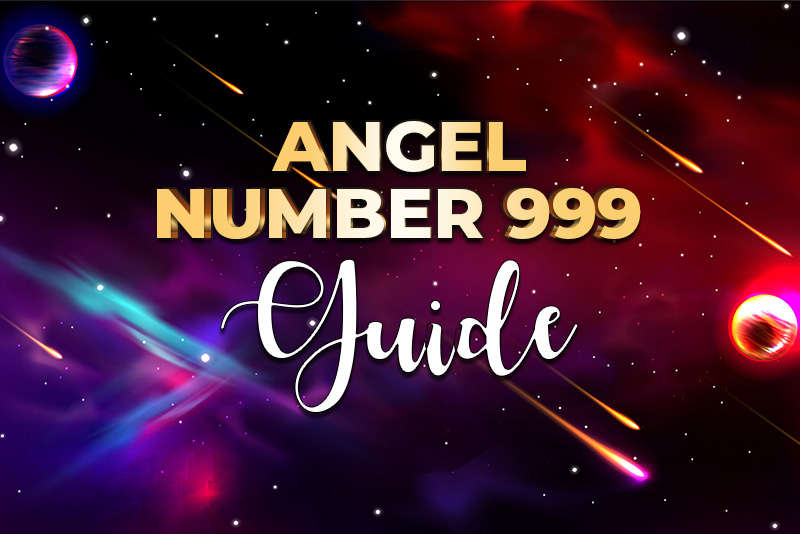 When you’re going through a major shift, it can feel very isolating. You might not feel like you have any love or support, and not know where to turn to for advice.

There’s a reason why angel numbers tend to turn up when we experience life changes. These numbers are messages from our guardian angels and spirit guides, to help us prepare to weather the changes ahead and make sure that we know we are never alone.

Angel numbers are repeating sets of numbers that show up in seemingly-random places. In truth, these appearances are never random — if you combine the meaning of the number with the context in which it appeared, you can discover valuable messages that the spirit world wants you to know.

In numerology, the number 9 is in an interesting position. It’s the last single digit number, but not the last significant number. It’s the position of the ultimate, the completion of a cycle before the beginning of the next.

In the pips cards in tarot, nines typically signify the home stretch — they’re not quite the completion of the cycle, but the end is in sight.

In the context of angel numbers, 999 is the energy of 9 multiplied. This number frequently shows up during transitions, to let us know that we’re not done yet and prepare us for the ending of one cycle and beginning of another.

The number 999 can show up to gently point out that the universe has other plans for you. You are doing well now, but your greatest good and ultimate life path may lie somewhere else. Relinquish control and accept that some things must be destroyed in order to make room for new growth.

If you’re at a high point in life, this may not be a welcome message. Who wants to start a new cycle of life when they’re riding high right now?

Ultimately, everything is temporary. The wheel of fortune is always turning, and what goes up must one day come down. The number 999 is here to let you know that the beginning of the next cycle is coming to lead you toward your best life.

If you’re at a low point, then 999 might feel wonderful. It signifies an end to this low cycle, and the beginning of a better one.

The energy of 999 can also point to unresolved problems. Since it’s the final stage of a cycle before completion, it’s worth looking at everything that might be keeping you from moving forward.

Is there unhealed pain or trauma holding you back? Now is the time to take a hard look at what might be keeping you from progressing on to the next stage of your evolution as a person.

Angel numbers often show up in times of transition or rapid spiritual growth. In other systems, like tarot, the number 9 symbolizes the final step before the completion of a cycle. It’s the beginning of the end, so to speak.

Overall, 999 is a positive omen. It’s a sign that you have done what you need to do in this cycle, and your guides are giving you a heads up that you’re about to progress to the next one. It’s up to you to get ready for this transition. Know that you always have the unwavering support of your angels, spirit guides, and ancestors.

If you’ve been seeing a lot of positive synchronicities lately, then 999 is especially good news. You’re coming closer to the apex of your spiritual development. It’s important to remember that 999 is a completion, but not an ultimate ending. There are still so many more things for you to experience on your journey!

If you haven’t been receiving a lot of other positive omens, then 999 may also serve as a reminder that you don’t need to bring everything with you on your spiritual journey. You’re reaching the end of this cycle, so it’s time to let go of the things that won’t serve you in the next one. This can be toxic relationships, or simply thought patterns that don’t serve you.

The number 999 can have a special meaning when it comes to love. It’s a sign of love from your angels and guides. The “incomplete” symbolism of 999 shows that the world is still full of mystery and excitement, which can be an important message for those who might feel jaded by dating.

If you’re in a good relationship, it can be a sign to prepare for the next stage of life with your partner. Nobody ever stays the same — people age, grow, and develop new interests.

They experience new things, and refine their values. The person you’re married to after ten years may not be the same person you walked down the aisle with.

Everyone is in a constant state of growth and change. The number 999 is a reminder to release this stage of life, and allow yourself to continue to grow.

If you’re not in a relationship, then 999 can be a sign that this period of singleness is about to end. Let go and let love come to you. Don’t try to force it. It’s also possible that you’ve been single because of where you are in life.

The number 999 is a reminder to look at the factors that might be holding you back as a person, and begin the process of healing and growing. When you do this, love will come.

Meeting your twin flame, your soul’s reflection, can transform your life. As a number of transformation and humanitarianism, 9 is an important signal in this proces

s. When angel number 999 appears to you in the context of your twin flame, it points to the challenges you face. There will inevitably be obstacles in your path, and the context in which 999 appears can tell you how to face them.

In numerology, 9 is the number of people who want to make the world a better place. They’re all about facing the worst the world and humanity have to offer, and fighting through it.

You’ll have to go through some rough patches when you’re working toward meeting your twin flame, and the number 999 is here to tell you that it’s okay to seek divine help.

If you’re currently separated from your twin flame, then 999 can mean that there are things you’re overlooking that are impeding your progress. You may be devoting all of your energy toward connecting with your twin flame, and neglecting yourself and your immediate reality.

The number 999 says that you should shift your focus, at least temporarily. Working harder doesn’t necessarily mean faster results.

The number 999 asks a lot of us. We have to get ready to end one cycle and begin another, but what does that really mean?

In many cases, it can mean coming to terms with hard truths that we’ve been ignoring. It can mean taking the blinders off and really seeing where we are in life, and why.

This is a tough process at the best of times, and it’s doubly so when you aren’t sure what 999 is referring to. Is it advising you about love, or about money? What aspect of yourself is 999 trying to draw your attention to?

This is where context becomes important. Angel numbers never appear randomly, they just seem that way.

You might notice 999 appear in a serial number, a phone number, or even on a receipt. The important thing here is to note how and when this happens — these can provide clues to interpreting its meaning.

For example, if you’re sitting at lunch, thinking about work, and your order number is 999, then it’s probably related to your employment or monetary situation.

If you’re feeling poorly, fretting about your health, and spot 999 on a billboard advertising health insurance, it points toward your wellbeing instead.

It’s also important to separate angel numbers from coincidences. True angel numbers tend to appear in clusters. You might spot the same number multiple times in a single day, or over the course of a few days.

If you spot a repeating number once, in a context that doesn’t seem to make sense to you, then it’s probably not an angel number.

You might want to start noting down little synchronicities in your life. When you see an angel number, take a moment to observe the context of its appearance, what you were thinking about, and any other signs or symbols that seem to jump out at you.

You might also notice other signs of angels and benevolent spirits, including feathers, flowers appearing from nowhere, mysterious music, sweet smells, or rainbows.

Going through a major life transition is never easy, but your guides and angels are there to help you through it. Take advantage of 999’s appearance to relax, rely on your intuition, and let things ride.

Turn your focus from the outside world, to your internal world. Observe what might be holding you back from progressing in life, and actively work to heal and grow.

Your guardian angels and spirit guides want to see you succeed, and the energy of angel numbers is just one way to do that.

What are Life Path Numbers in Numerology?